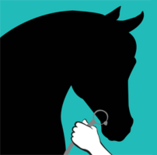 Marcy was the executive director and cofounder of All Riders Up, a nonprofit therapeutic riding center for

individuals with special needs, in Garnet Valley, Pennsylvania.  Her love of horses began at the age of eight,

when her father, who taught at the Wharton School, was sent by the US government to Costa Rica, to

develop an accounting system for one of its agencies.  While there, Marcy met a British woman who was a

riding instructor, and Marcy spent the next eight months in the saddle.  When back home, she kept looking

in the front yard  every Christmas morning for the pony that was never there.

After graduating from high school, she was determined not to go to college and worked for a short time as a

sales girl at Lit Brothers.  When she realized that she could not make sufficient money to keep a horse,

Marcy enrolled in one of the first classes in nursing at the Delaware County Community College.  When she excelled there, she finally did enter the University of Pennsylvania and graduated in four years.  She worked

night shift in the neonatal intensive care nursery in order to keep a horse.

Marcy wanted to work in Labor and Delivery at Crozer Chester Medical Center (near her parents' home), but

was told by the nursing supervisor that she would need more experience.  So she continued to work at Penn

until she qualified for the position at Crozer.  She worked day and night and became so debilitated that she developed an empyema (bacterial pus in the lung), was admitted to the Crozer intensive care unit with a temp

of 104 degrees and chest tubes.  When she did recover, she began to work in Labor and Delivery at Crozer.

A year later, a new obstetrician, who had been chief resident and then spent two years in the US Air Force in

Japan, became the associate of the department chairman.  He was responsible for those patients without

medical insurance, (there were lots).  He saw how caring Marcy was with the patients, especially those with

a serious problem.  And that was it.  The relationship blossomed.

They worked together on the Krebs cycle, so that Marcy could complete her Masters degree in nursing

education at Penn.  It must have been in her DNA, since both of her parents were teachers, and she became

For the next forty-five years, they were together until she died, after a prolonged and intense battle, from metastatic colon cancer.  He held her hand as she took her last breath.

couldn't be that different.  So, for the next twenty years, they bred Arabian horses.  The only problem was that the mare did not call when the contractions were five minutes apart, so they spent many nights, sleeping in the

As the mares became older, Marcy believed they could serve another purpose, that being carrying individuals with special needs, or therapeutic riding (now known as Equine Assisted Activities).  She had volunteered at

a program in another county for a short time as a teenager..

Marcy completed a year long educational course in order to qualify to start ones own program, which became

All Riders Up in 2008.  Its mission is to provide equine assisted activities to encourage special needs individuals

of all ages to reach their potential  for physical, behavioral and social development in an atmosphere of

recreation and fun.  ARU was always intended to maintain a quiet, reassuring atmosphere, rather than having

lots of able bodied riders competing for space in the arena. The demand for this service is great.  The limiting

factor is the ability to find riding instructors experienced with this population.

All that All Riders Up has become is the direct result of the leadership and foresight of Marcy Laver.

Contributions in Marcy's memory can be sent to All Riders Up.